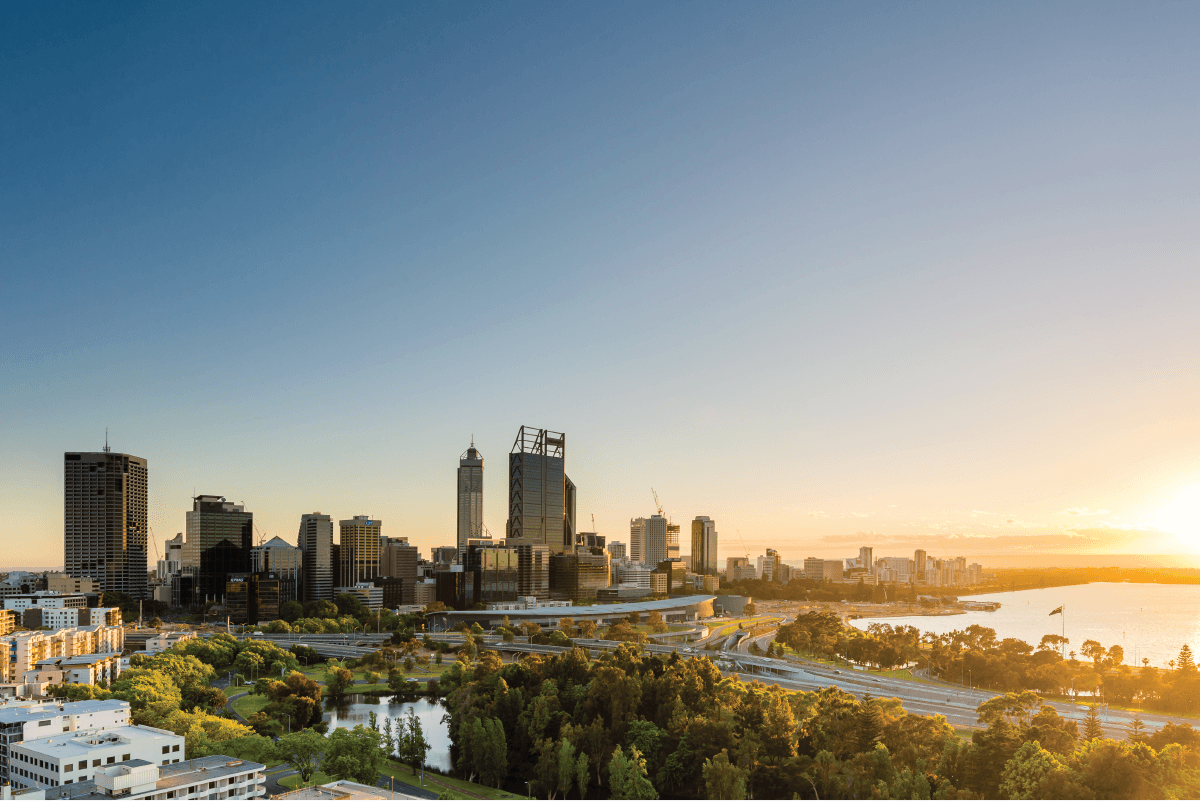 Australian housing values rose 1.5% in October, a similar result to August and September. However, taking the monthly change out another decimal point shows the market is continuing to slowly lose momentum since moving through a peak monthly rate of growth in March (2.8%). Nationally, the monthly growth rate eased to 1.49% in October from 1.51% in the previous month.

Although nationally the headline growth reading remains virtually unchanged over the month, across the broad regions of Australia market conditions are starting to show some diversity.  Perth recorded its first negative monthly result since June last year, with values nudging -0.1% lower. At the other end of the spectrum, Brisbane has taken over as the fastest growing market with housing values up 2.5% in October. This was followed by Adelaide and Hobart, with both dwelling markets increasing 2.0% in value over the month.  In Sydney and Melbourne, the monthly rate of growth has more than halved since the highs seen in March 2021, when they reached a monthly growth rate of 3.7% and 2.4% respectively.

Across the regional markets, New South Wales (2.1%) and Queensland (1.9%) led the pace of capital gains while Western Australia was the only broad rest-of-state region to record a marginal fall in housing values (-0.1%).

According to CoreLogic’s research director, Tim Lawless, slowing growth conditions are a factor of worsening housing affordability, rising supply levels, and less stimulus.  “Housing prices continue to outpace wages by a ratio of about 12:1. This is one of the reasons why first home buyers are becoming a progressively smaller component of housing demand.  New listings have surged by 47% since the recent low in September and housing focused stimulus such as HomeBuilder and stamp duty concessions have now expired.  Combining these factors with the subtle tightening of credit assessments set for November 1, and it’s highly likely the housing market will continue to gradually lose momentum.”

Although the monthly pace of growth is easing, the annual trend has continued to rise, which is a factor of the stronger growth conditions throughout early 2021.  Nationally home values are up 21.6% over the year to October, with half the capitals recording an annual growth rate in excess of 20%.  Across the broad regions of Australia, regional Tasmania has led the nation for the pace of annual capital gains with dwelling values rising by 29.1%.

Unit markets have generally continued to record a lower rate of growth relative to houses, with this trend most evident in the annual results.  In the largest capitals, Sydney house values are up a stunning 30.4% compared to a 13.6% rise in unit values, while in Melbourne house values rose 19.5% over the year compared with a 9.2% gain in unit values.  This trend is less evident across regional areas of Australia where the performance gap between houses and units is relatively small.

According to Mr Lawless, “As housing becomes less affordable, we expect to see more demand deflected towards the higher density sectors of the market, especially in Sydney where the gap between the median house and unit value is now close to $500,000.  With investors becoming a larger component of new housing finance, we may see more demand flowing into medium to high density properties.  Investor demand across the unit sector could be bolstered as overseas borders open, which is likely to have a positive impact on rental demand, especially across inner city unit precincts.”

Regional markets have once again recorded a stronger trajectory than the capitals, with housing values up 1.9% in October compared to a 1.4% rise in capital city values.

Other key insights from the October Home Value Index:

Not only is the rate of growth still easing, but we are also seeing more listings come on the market at a time when housing demand is likely to be dented by tighter credit conditions and worsening affordability.

Looking forward, downside risks for the housing sector are rising.  Along with worsening affordability and higher supply, there is the potential for a further tightening in credit policy and, off the back of strong inflation readings, the possibility of an early rate hike is looking increasingly likely.

This month APRA’s 50 basis point lift in the serviceability buffer comes into effect.  While we do not expect this will have a remarkable impact on mortgage demand or housing activity, there is the risk that, in response to housing credit rising at faster pace than income growth, additional credit restrictions could be introduced down the track.

RBA credit aggregates to the end of September show the pace of housing credit growth has eased a little over recent months, which may help to ease the risk of tighter credit conditions. However, a further rise in high debt-to-income ratio lending or a further lift in the housing component of household debt could be the trigger for further tightening.

We know from previous rounds of macroprudential policy implementations, and broader credit tightening regime seen during and after the Banking Royal Commission, that the impact of tighter credit conditions on housing markets can be significant.

The trajectory of interest rates will be a central factor in the housing market’s performance over the medium to longer term.  Financial markets are already pricing in several rate hikes through 2022 and a growing number of economic forecasters are predicting the first rate hikes to be in late 2022 or early 2023, when inflation is expected to move sustainably within the RBA’s target range of 2-3%.

Higher interest rates have typically been an inflection point for housing markets, with a lift in rates generally corresponding with less growth in housing values or the commencement of a downturn.  With household debt near record highs, borrowers are likely to be more sensitive than normal to the cost of debt. A rise in interest rates is likely to be the cue for the housing market moving into a downswing.

Although housing risks are becoming more evident, the short-term view is for further growth in values, albeit at a slower rate than what has been seen over the previous 12 months.