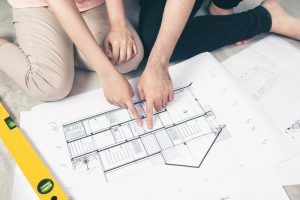 While most of the focus has been on single home construction, there’s been a boost for fresh off-the-plan project offerings in the Federal Government’s HomeBuilder scheme.

While most of the focus has been on single home construction, there’s been a boost for fresh off-the-plan project offerings in the Federal Government’s HomeBuilder scheme.

Following the hasty launch of the scheme in early June, the Federal Minister for Housing and Assistant Treasurer Michael Sukkar confirmed off-the-plan apartments were eligible for grants. According to the update issued by the Treasury, the unit construction must begin within three months of the sale date.

The update further advises some discretion will be allowed where the start of building is delayed due to unforeseen factors outside the control of the parties to the contract. It allows a further three month extension.

However, if the buyer signs any contract to purchase an off-the-plan dwelling, but its construction had begun before the June 4 scheme start date, then the apartment does not qualify for the scheme.

More than 40,000 registrations have lobbed for grants from the $688 million fund, which will provide grants to people who sign a building contract by December 31, 2020.

“HomeBuilder is designed to generate immediate construction activity by encouraging those who may have pulled back from undertaking a new build or substantial rebuild in March when the pandemic hit,” Sukkar advised.

Among the recipients are buyers in a new apartment complex which had its sales launch last weekend.

There were 26 mostly first home buyers when Tian An LFD launched its $320 million Auburn Square mixed-use project. Construction is set to begin by October, in order for the buyers to qualify for the grant.

Construction will commence in three stages with all up 427 apartments to be developed in the culturally-rich suburb.

Stage one will include 148 apartments in one-, two- and three- bedroom configurations spanning 10 levels.

Positioned in Auburn’s residential precinct, it is located 250m from the train station, minutes from Auburn’s famed Eat Street.

Prices start at $455,000 after up to $69,000 of government grants are applied. The HomeBuilder package is designed to complement existing NSW state government first homeowner grant programs, stamp duty concessions and other grant schemes. For off-the-plan contracts, the HomeBuilder grant will be paid on evidence of the title transferring to the new owner. Most of the sold Auburn apartments saw prices between $560,000 and $600,000.