Why the Australian property market is a national obsession 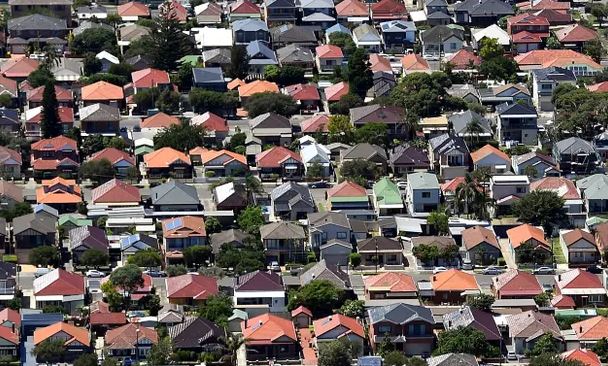 Australians love talking about property, whether it’s at family barbecues, the school pick-up gate or the office kitchen. In fact, 2019 research by HSBC bank identified Australia as the seventh-highest property-obsessed nation in the world – we spend more hours preoccupied with the property market than we do at the gym or speaking to our parents.

Certainly, the performance of the property market over the past three decades has given us plenty to talk about. Through a variety of factors (low interest rates, eager investors, tax concessions and foreign investment, to name a few), Australian property has become some of the world’s most valuable – a two-bedroom, two-bathroom apartment in Sydney is worth more than a renovated, nine-bedroom, 13th-century chateau on 7,500 square metres of parkland in France.

Australians’ love affair with property has seen the market weather many storms. And so, in the midst of one of our most unpredictable storms to date, we look at how this passion was sparked and why it endures.

Owning your own home has long been part of the great Australian dream. The post-WWII immigration wave saw a new demographic of buyers seeking an opportunity that wasn’t available in their home countries. During this period leading up to the 1980s, home ownership jumped from about 50% to 70-75%. Today, home ownership is still associated with security and success, with three-quarters of the population viewing it as one of their foremost aspirations, according to a 2017 Australian National University poll.

While we have an undeniable emotional connection to the idea of home ownership, we also see it as a great way to boost our wealth. ‘Australians love their real estate,’ confirms Adrian Kelly, president of the Real Estate Institute of Australia. ‘The stock market can be unstable, so property is often seen as a more stable life raft. Many people wary of the stock market’s peaks and valleys are more inclined to put their hard-earned savings into bricks and mortar.’

Certainly, those who put their dollars into bricks and mortar in the 1990s have seen some phenomenal returns. In 1993, the median house and unit values in Australia were $111,524 and $123,840 respectively. Fast forward to 2018 and houses had seen a 412% increase in value, while units had increased 316%. At that same projected rate of growth, an Aussie/Core Logic Housing Trends report suggests that by the year 2043, Sydney houses would be worth more than $6.3 million on average, with Melbourne properties not far behind at $5.8 million.

Of course that’s a simplistic projection that doesn’t take variances of supply and demand into account, but the fact remains that over the past three decades, property returns have far outweighed stock market returns; in the period examined for the report, the ASX All Ordinaries index has risen by a much lower 261%.

Resilience… and looking towards the future

The combination of our cultural values and investment savvy go some way to explaining why the Australian housing market has historically remained resilient against economic shocks. Following the 2008 Global Financial Crisis, for example, property prices only declined for one of the five subsequent years – down 4.8% year on year in 2010 before bouncing back 2.1% and 9.3% in 2011 and 2012.

In the midst of COVID-19, the take-home message is that although the market could expect some disruption in the short term, the future looks bright. Overall, Australia’s housing market has shown consistent price growth.